So, I mentioned in my last post, that this year I was going to try to learn some new tricks. Over the holiday break, I had visions of unfettered crafty doings, what with the engineer off the week after Christmas, I was thinking that there would be all this time on my hands to do some handiwork. Turns out, it didn't quite muddle out that way. Instead there were some last minute gifts that needed finalizing...and I found myself wrapped up in the daily embrace of my families togetherness and kind of just pottered about with them. Then there was the big New Year's Basement Tidy, which took quite a lot out of me but, there is a nice clean slate to wreck my crafty havoc upon and that is good.

I did manage a few new tricks with my "crochet affair", which gives me hope for the future. 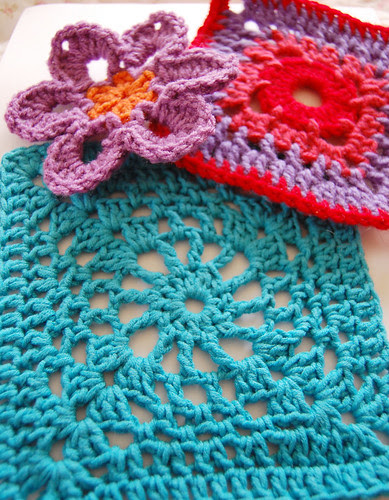 I received a couple of crochet books as gifts and have set about stumbling my way through the reading of patterns. 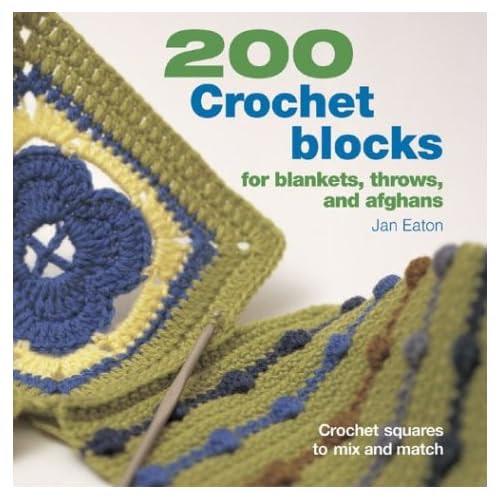 The turquoise square is from this book. I have only made up the one block so far and found it reasonable. I look forward to trying out some of the other blocks.

The other two motifs are from this book... 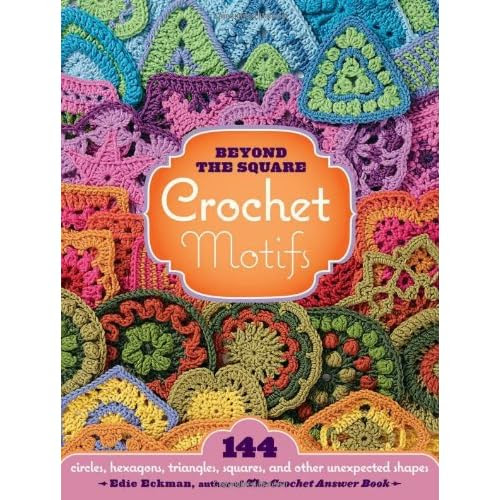 ...which so far, I really like. I have heard that her other book is quite good as well.

I was also fortunate enough to receive a gift card that allowed me to purchase some yarn, which was becoming a point of anxiety due to the challenge and the fact that like the rest of the blogging world, I too have become crochet obsessed. Really, new yarn is such a fabulous thing. 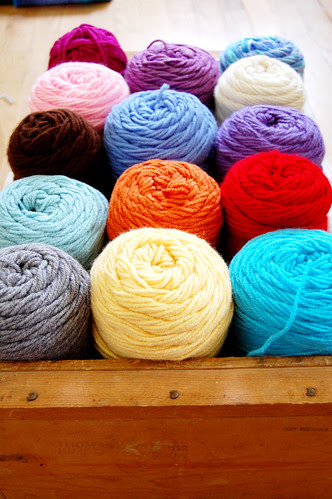 The only thing I have made with my new yarn is the purple flower motif in the top photo. I am still stewing about it, thinking up ways to show it off in all it's glory.

Stay tuned for other new tricks and I will be back later this week with more. More of what you ask? One never can tell.
Posted by Lola Nova at 1:33 PM

Such wonderful colors! You make me want to give crochet a try....again. The books look like such fun. Hope you had a enjoyable holiday!

Oh i LOVE your new crochet magic!I have the book on top of the post but haven't sat down with it yet. I too am learning to read crochet patterns but mostly amigurumi patterns....hmmmm. I did start another granny square baby blanket tho! I can't wait to see what you do next! :)

Everything's looking lovely - you have chosen such wonderful colours. I think that the second reason I haven't learnt to knit or crochet is the tyranny of buying wool (yarn!). I love patchwork because it's about using up what you have (like your lovely quilt from childhood) instead of being told to go out and buy something specific before you create. But reason 1 is more significant - I probably couldn't do it!

If you do find a magazine lurking (relatively) untouched in your archives, it would be great to have you in the swap!

I was hoping for some crochet books for Christmas, but didn't recieve any. Yours look interesting, and it looks like you will have fun... yes, new yarn--- All the possibilities before us!

I have been crocheting for years, I find it amusing that this is a new trend. I am never on top of a trend. Wow, I feel good.

I love the colors you went for. Sounds like you had a lovely break from it all!