It's harder than it looks. 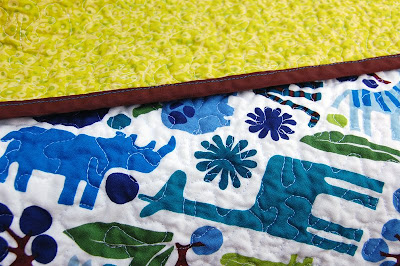 In keeping with my current quilt craze, I bought myself a new gadget to go with my sewing machine. A free motion quilting foot. I have been wanting to give this a try for a while now. I put together a very small whole cloth quilt (think doll sized) to make my practice run. The style I tried first is called stippling. It's kind of like doodling continuous random squiggles, only on your sewing machine with thread. Seriously, how hard could it be?
Well, it's sort of like rubbing your belly and patting your head while running an obstacle course, or not. Anyway, it's harder than it looks. Let's just say that it is a good thing my daughter was not around to hear some of the choice words that escaped my mouth. This is going to take some practice. It's hard to imagine doing this on a full sized quilt. At one point I realized that my jaw was painfully clenched, my shoulders were super glued to my ears, and it was time for a break. So, I went outside to take a deep breath and do some cloud gazing. 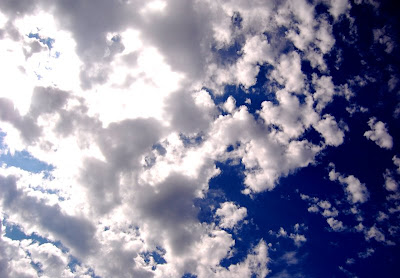 This seemed to help. I finished quilting, quickly attached some binding and threw it in the wash to give it the cool wrinkle look. I will practice more later when my shoulders and back recover. Who knew that sitting at the sewing machine could be so physically strenuous?

Now for something completely different...
I took a good long look at my sweet girl the other day, good gravy she's growing up! In an attempt to take the trike for a spin, it was discovered that it is time to move on to bigger bikes (pink please). So, the classic little red tricycle was loaded up and sent on over to her younger cousin's house. Milestones for sure. 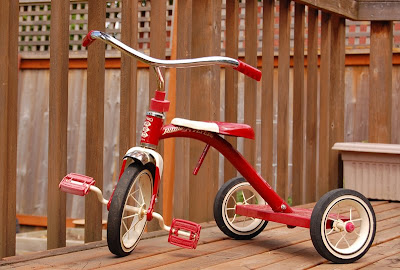 I know, I know...they grow up so fast. It is truly amazing to see this beautiful child change and grow. It is also a little bittersweet. Maybe even harder than it looks. 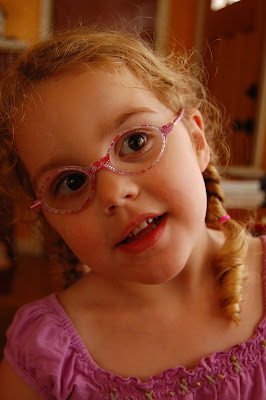 I took my girl outside for a deep breath and some cloud gazing. It seemed to help.
Posted by Lola Nova at 8:46 AM

3. please throw that quilt in my box.

I love the quilt - looks like a puzzle. And I can picture you and your girl laying back in the grass, looking at the magnificent clouds.